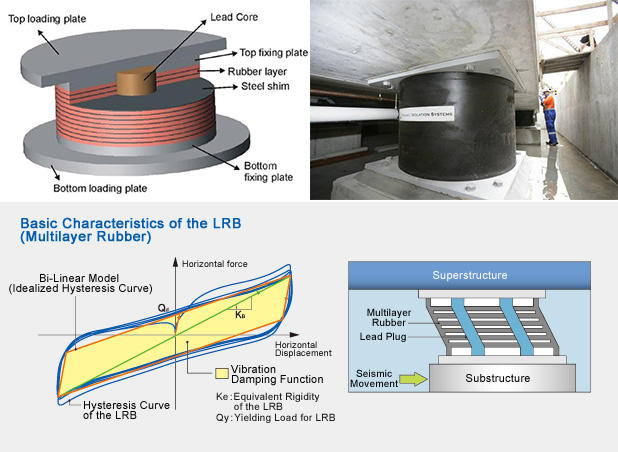 Lead Rubber Bearing or LRB is a type of base isolation employing a heavy damping. The bearing is made of rubber with a lead core. LRB have been widely used in many buildings and bridges. 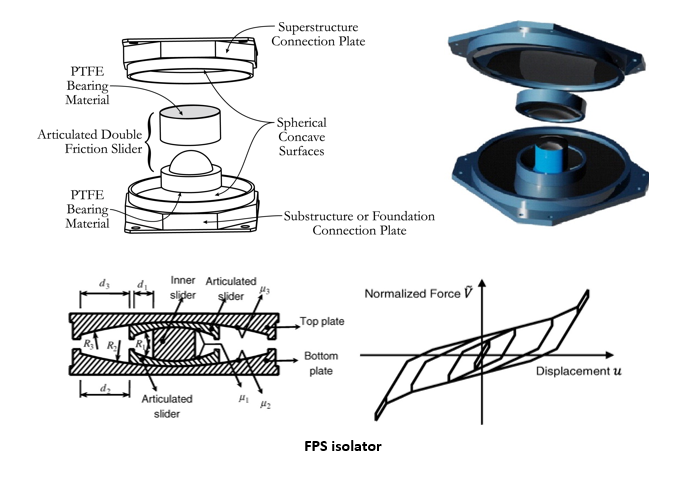 Friction Pendulum System (FPS) is a type of friction damper that dissipates the seismic energy at the interface of a sliding surface.
The superstructure is isolated from the foundation using specially designed concave surfaces and bearings to allow sway under its own natural period during seismic events.
FPS is based on the three following pillars:

The spherical concave causes a restoring force when the structure reaches its maximum displacement and returns the structure to its initial position. As such, the structure remains without residual deformation at the end of a seismic event.